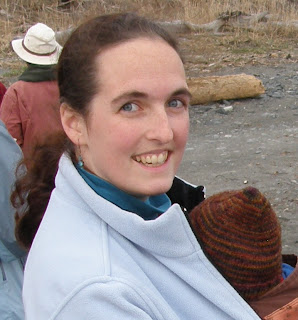 I was raised LDS and have been active in the church my whole life. My family was a little bit 'hippie' and so I was accustomed to questioning the status quo about things like nutrition, medicine, and social habits, but it was not until I was an adult that I began to appreciate that some of what we do as mormons is more tradition than doctrine. (There is no doctrine about jello or funeral potatoes, nor about Relief Society handouts or tablecloths, nor even about which hand to use for taking the sacrament.) That was eye-opening to me, because if a thing is just a tradition, then it's not essential, and it's ok to make adjustments for what works best for you.

When I was in college I did some initial research into Wicca as part of an assignment. I was fascinated by what I learned, and my husband and I have said for years that if I didn't have a testimony of the gospel, I would probably be Wiccan. Recently I have been reading up on more branches of Neo-Paganism, and I continue to be fascinated. I think that some of their ancient traditions have residual truths from Adam's (true) religion, and I see many bits of gospel within pagan teachings. The gospel and the temple teach us that all truth comes from God, and that all truths fit together; so as I find these bits of truth in paganism, I feel that they are as valid as the truths taught in official LDS sources.

The biggest thing that draws me toward actual pagan practices are the symbols and rituals. For example, the spiral is an ancient symbol for eternity. I find it aesthetically more pleasing than the sideways 8 used in mathematics, and have several pieces of jewelry with spirals in them. It may be a 'pagan' symbol, but I wear spirals because they can mean 'eternity' to me too, and since I believe in eternal marriage and eternal families and eternal progression, I like wearing the symbol that reminds me of those things.
A ritual may be something as simple as raising ones hand or lighting a candle, or as complex as a lengthy liturgy. In my perception, rituals have precisely as much (or as little) meaning as is felt by the participant. I find that the simplicity of lit candles, awareness of seasons and cycles, and repetition of simple mantras enhances my spirituality. I feel closer to nature and closer to the Holy Spirit as I tune out the world with these things. Aspects of these 'pagan' rituals work for me as a Christian. I may adapt some and ignore others, but the source is undeniable. (In fairness, any moderately literate person is aware that many modern 'Christian' practices were originally pagan, from the Christmas tree to the Easter egg...again, it's not what the ritual is that matters so much as what it means to the practitioner!)

It was when my family moved to Alaska--land of the midnight sun (in summer) and almost-all-day darkness (in winter) that led me to the decision to start actually formally celebrating the equinoxes and solstices. As I learned more about the Wheel of the Year I wanted to start celebrating those other days as well. We have been doing some informal observations of these holidays for a couple of years now, but I am excited to take it to a more formal level.

I also blog at Mindful Serenity (and several other places!)
Shared by Jenni

Email ThisBlogThis!Share to TwitterShare to FacebookShare to Pinterest
Topics about us, Jenni