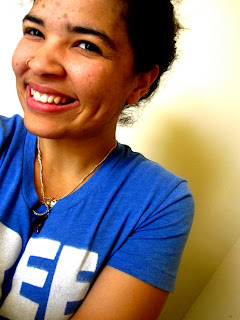 There are few things as awkward as the introduction post and I am in the royal court of awkward. Fair warning...

Hiya! I'm Maggie mother to 5 little girls (yes, all girls)- Lilith Luthien (7), Mable Mirkwood (5), Olive Onodrim (4), and twins Birdie Bree & Poppy Peregrin (nearing 2). If those names don't show our Earth loving crunchy ways I don't know what will. I married at 18 to my wonderful husband in 2003 and before the age of 24 we were blessed with our 5 little ladies. Life is good!

We are striving to live a whole and simple life here in the Southern California desert. Part of this is a deep reverence not only for the gospel but for our Mama Earth. We follow the seasons and find that the symbolism found in the cycles of the Earth and in life are matched with the symbolism within the gospel. We learn through such symbols and find wisdom through their repetition so this has become an important family practice for us.

I was raised LDS though fairly inactive. In my teens I became a very faithful member but that was short-lived as I found the inequality between men and women to be inexcusable. At the same time I left my mother to live with my aunt in Washington I discovered Goddess spirituality with my older cousin and became Wiccan. For the next 5 or 6 years this was my path. Towards the end of those years I dived into the Dianic tradition and really began to explore womanhood. I truly believe that this opened me up to accepting the gospel again through revering womanhood, motherhood and, of course, Heavenly Mother. It was at this time that my husband (a Pagan more than a Wiccan) decided to convert to Mormonism. I felt moved by the Spirit that night along with him and made the decision to come back to the church and the gospel. With this we packed up our altars and put away our herbs, candles, cauldrons, statues... All of it. It was very emotional especially when I threw out my Tarot cards. I kept my favorite card from each- the Lovers. I still have them tucked away.

We played the good Latter-Day Saints for a few years. Were sealed a couple of years after his baptism and welcomed 3 more little ones. But we felt that something was lacking. We knew what it was but we felt "wrong" for it. And then we had a shift in belief... Long story short we have abandoned religious literalism and have become unorthodox Mormons with a fierce independent streak. The cores of this is that we were finally able to separate the church from the gospel. They aren't one and the same. We haven't felt as devoted to the faith as we do now, funny enough.

My husband does not identify as a Pagan though he still feels very much connected to that Pagan/Earth loving spirit. We do observe the seasons as a family which he is fully committed to. I believe that neo-Paganism/the Craft is my practice where Mormonism is my belief. My husband feels Buddhism is his practice. It all fits together nicely for us as individuals and as a couple.

I have returned to the Tarot. As I said above I have a deep love for symbolism and the Tarot is no different. I use them for deep inflection. They are a big part of my spiritual practice as much as meditation, prayers and mantras.

I have discovered the beauty of liturgy and poetry as prayer. This has really opened me up on a spiritual level. I include both in my everyday practice as well as in special ritual. Again with the symbolism!

That about sums me up. I have taken the liberty of re-posting two blog posts from our family blog here on the same date they were posted on my blog to maintain the year's flow of this blog. One is on Christmas/Winter Solstice and the other on the Spring Equinox.

So excited to be here again!
Shared by Maggie P.

Email ThisBlogThis!Share to TwitterShare to FacebookShare to Pinterest
Topics about us, Maggie