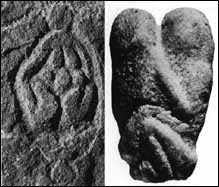 Ancient traditions taught the idea of the hieros gamos, the "great marriage" or sacred sexual union between the God and Goddess. Sometimes it was literally enacted between the high priest and priestess, or between a priestess and the king, or some other pairing of that sort. At other times it was (or is) done more symbolically, by placing a dagger into a chalice, or winding ribbons on a may pole. In all cases it was symbolic of the union of Deity. 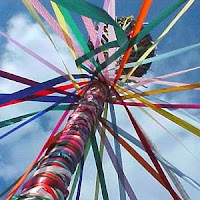 Why was this union such a big deal? Because it made balance between the forces of the universe: male and female, material and spirit, light and dark, stillness and motion... It joined opposites into a whole that was greater than the parts, and found resolution in the dichotomies of existence.  It re-calibrated nature so to speak. This union and balance were represented with symbols as well as actions. One that might be familiar is this one from the Middle East (one that most of us now recognize as the "Star of David"). 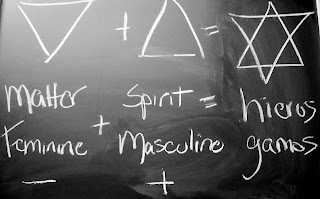 Another translation of hieros gamos is "temple marriage." That certainly caught my eye from an LDS perspective since we teach that a temple marriage (or temple sealing) is the only kind that will last past death and for all eternity. Indeed, this hieros gamos is supremely important and sacred.
Take that in conjunction with the belief that we all have the potential to become gods/goddesses (some say we have a "godseed" in us), then when we practice hieros gamos we are indeed participating in the joining of deities. 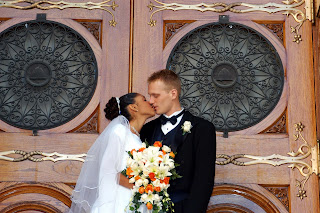 Here is where I integrate this old idea with my modern life:
try looking at sex as a sacred ritual (for those who are not married of course you'll have to stick with just thinking about it, but for those who are married, try to take this perspective to bed with you next time and see how it goes!)
As Scott Cunningham said in his book, ancient shamans found spirituality and power "...through ecstasy--alternate states of consciousness in which they communed with the forces of the universe."  From this perspective, sexual experiences, in particular intercourse and orgasm, can be deeply spiritual. 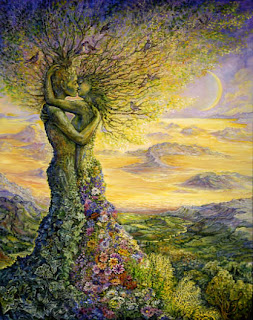 Here are a few practical ideas for integration: