I don't have anything to add to the fabulous post that preceded mine, so I'm going to focus mainly on the pagan celebration side of things.


Lughnasadh, also called Lammas, is the Celebration of Harvest and begins what is called "the chase of Lugh". Lugh is the Celtic Sun God and He rains down upon the crops, living within the golden fields. This is the time of the first harvests. At this celebration we give thanks to the Earth for its bounty and beauty. It is from these harvests that we eat through the upcoming winter. Honoring the God Lugh, games and sports are played to celebrate strength and good health. The grain Goddesses Demeter and Ceres are also honored. This is a time to harvest the dreams planted earlier in the year.
In Ireland in 1169, under the jurisdiction of the last High King, Ruraidh O'Conchobhar, the last Lughnasadh games, feast and fair were held. Lughnasadh or 'Festival of Lugh' was a time of thanksgiving and reverence to the Land for it's sacrifices to us. This was a time to test and give thanks for the skills and talents that we had been given and had achieved.
It is said that Lugh (Llew, Lugos, Lugus), Master of All the Arts and Crafts, dedicated this festival to his foster-mother, Tailtiu, the last queen of the Fir Bolg, who died from exhaustion after clearing a great forest so that the land could be cultivated. When the men of Ireland gathered at her death-bed, she told them to hold funeral games in her honor. As long as they were held, she prophesied Ireland would not be without song. Tailtiu’s name is from Old Celtic Talantiu, "The Great One of the Earth," suggesting she may originally have been a personification of the land itself, like so many Irish goddesses. In fact, Lughnasadh has an older name, Brón Trogain, which refers to the painful labor of childbirth. For at this time of year, the earth gives birth to her first fruits so that her children might live.... 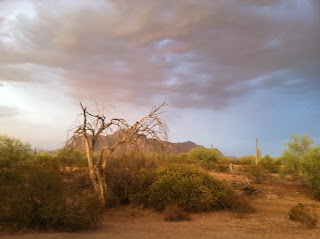 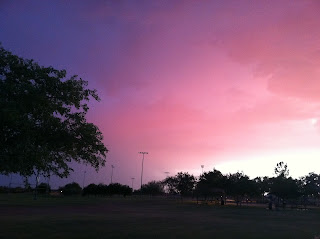 I was lucky enough to join a local coven for the ritual.  There was a lot of laughter and dancing and whooping with joy.  The high priestess cast a large circle and asked us to add energy to the loaf of bread she carried around so it would be blessed for the holiday.  Then we all feasted on a lovely potluck dinner.  Throughout the night there was fantastic lightning and storming with rain that was at times heavy and light.  At the end of the evening we all took away baskets that had beef jerky (for the hunt), granola (for the grain), dried fruit (for the harvest), and sunflower seeds.  I spread them around the edges of the fence around our home to give back to nature and share the bounty of the harvest.
Shared by Dryad